The exhibition entitled “French Military Mission in Poland. Memorabilia and Photographs from the Ossolineum’s Collections”, which can be seen in the library of the Pan Tadeusz Museum, is a selection of objects connected with the history of the Polish Army in France and Polish-French military cooperation in the first years of Poland’s regained independence, coming from various departments of the National Ossoliński Institute.

The majority are mementoes of Wacław Gąsiorowski – writer and socio-political activist, who from the first days of World War I was dedicated to the idea of forming a Polish army alongside the French army. To this end, he founded the Committee of Polish Volunteers in Paris and published the “Polonia” Polish-French magazine. The exhibition features an original notebook from June 1917 with a message about the decree of the President of France on the establishment of the Polish Army. In the same year, W. Gąsiorowski became a member of the French-Polish Military Mission and was entrusted with the task of recruiting volunteers for the Polish Army among the American Polonia. Among the memorabilia on display are the original armbands worn by Gąsiorowski during his stay in the USA and a gold watch – a gift from the Polish community in America. 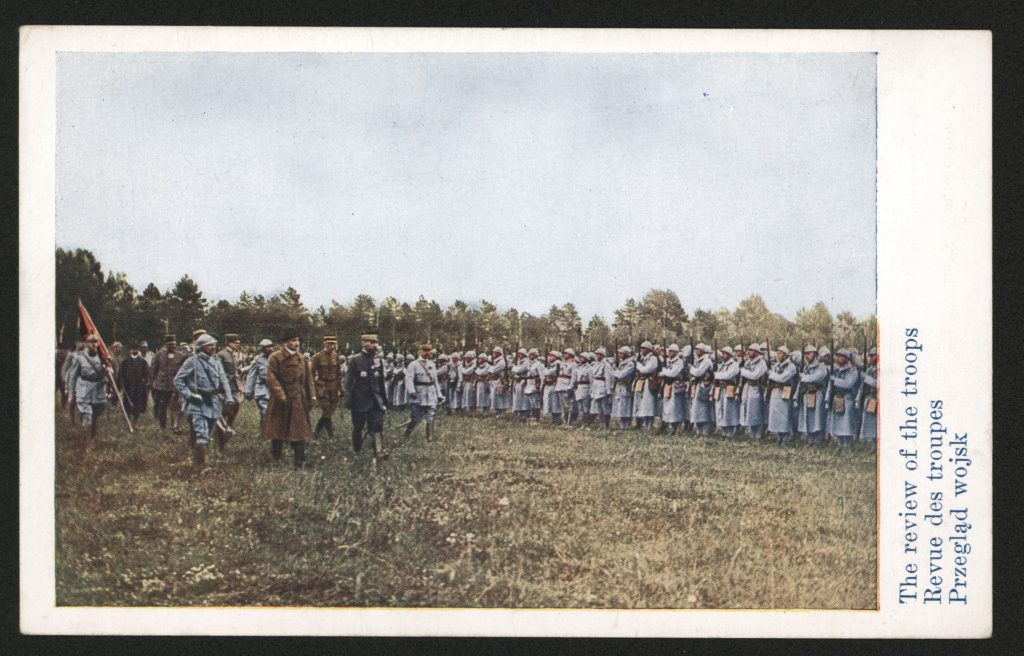 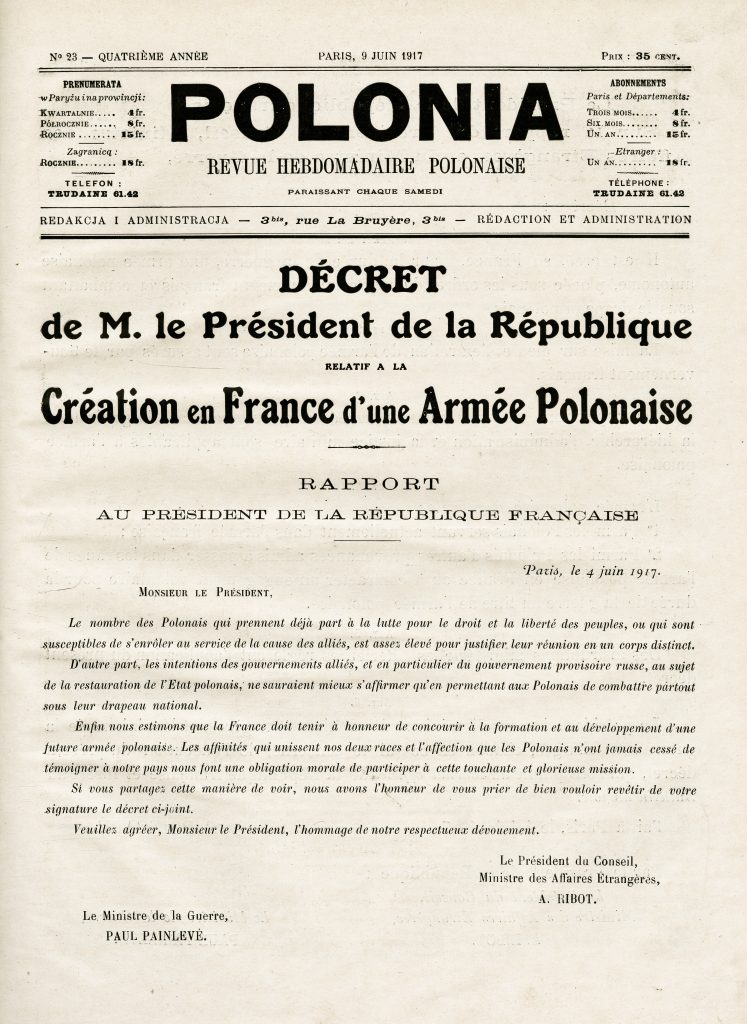 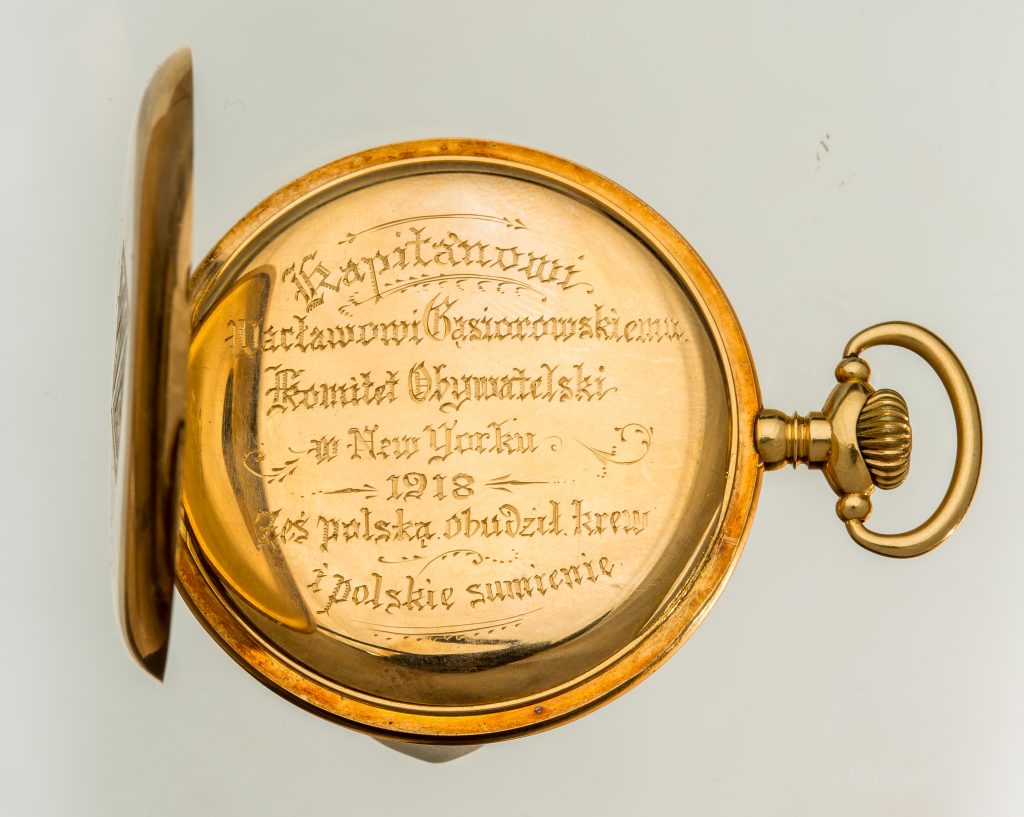 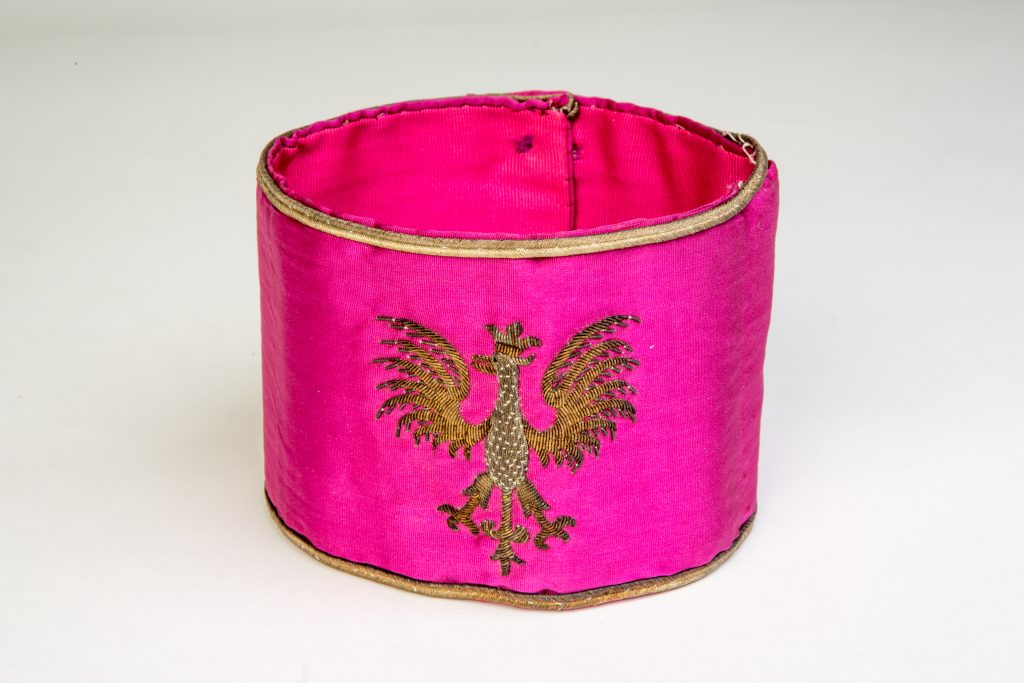 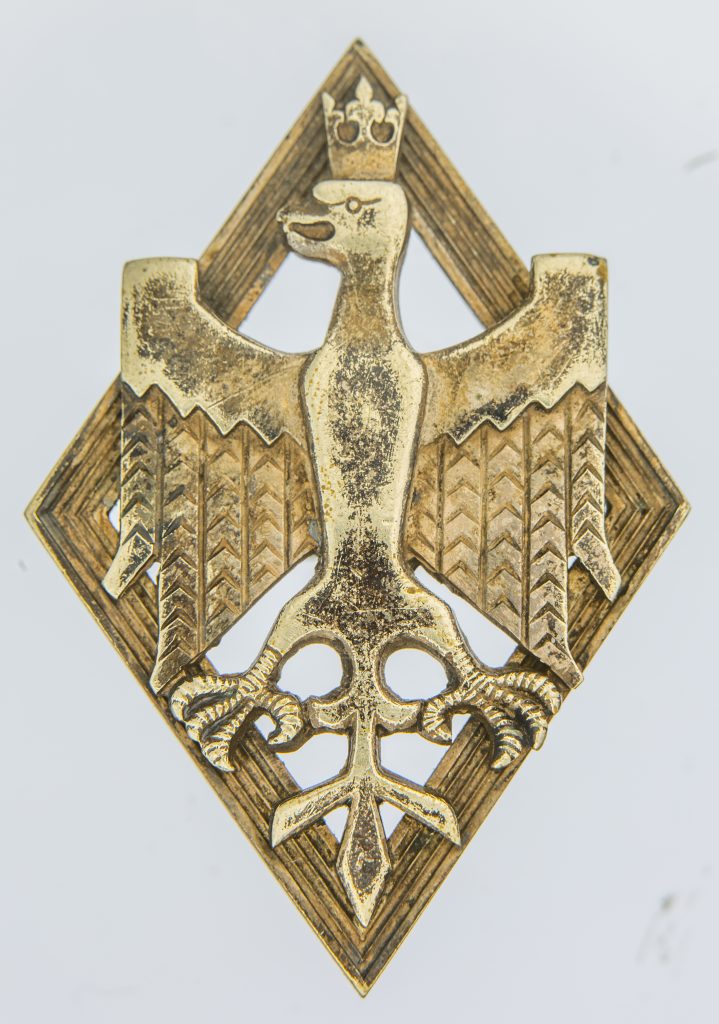 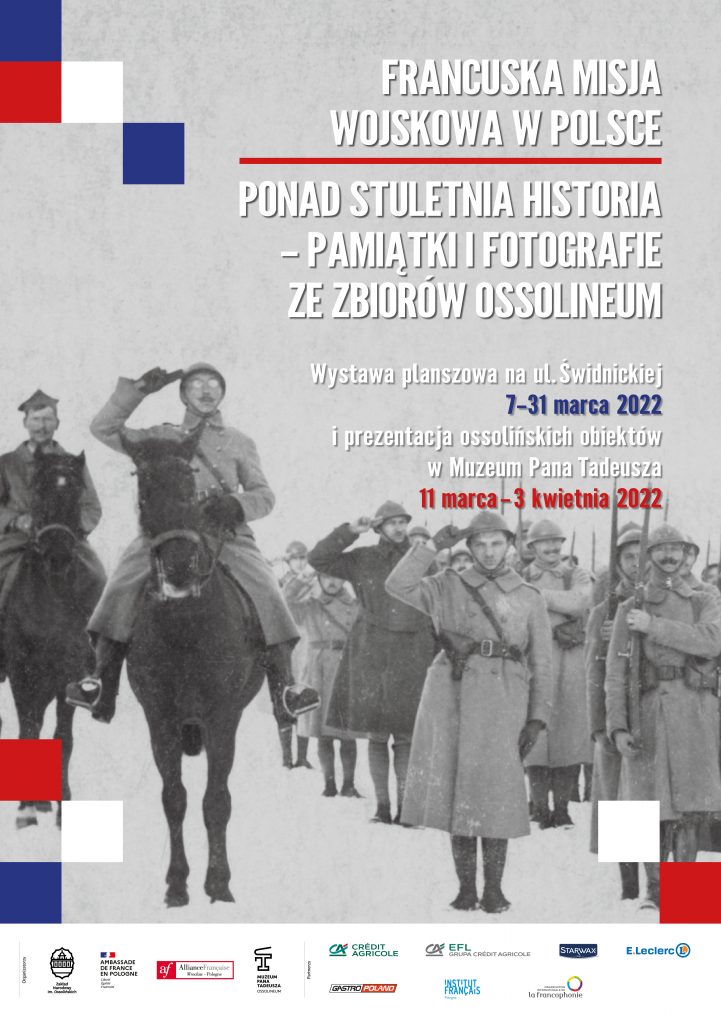 The display also features commemorative officer badges, the eagle worn on caps and the embroidered eagle sewn on epaulettes of soldiers of the Polish Army in France, called the Blue Army after the colours of their uniforms. It is worth noting two original photographs from the ceremony of the merger of units arriving from France with the Polish Army, i.e. the incorporation of the “blue” army into the “grey” army, which took place in Kraków on 19 October 1919. It was attended, among others, by Józef Piłsudski, Gen. Józef Haller, Gen. Józef Dowbór-Muśnicki, Mayor of Kraków Jan Kanty Fedorowicz, Bishop Władysław Bandurski and Gen. Paul Henrys, Head of the French Military Mission in Poland. Modern formations such as the Air Force, which took part in the Polish-Soviet War in 1920, were also created as part of the Polish Army in France. One of the pilots, trained at French aviation centres, was the Commander of the 16th Intelligence Squadron and later a well-known aircraft designer, engineer Jerzy Rudlicki, whose beautiful photograph in front of the Breguet XIX light bomber can be seen among the exhibited memorabilia.

The exhibition closes with a set of objects related to the visit of Ferdinand Foch, Marshal of France, Great Britain and Poland, to Lviv on 10 May 1923, when he was enthusiastically welcomed by the city’s residents and government representatives. This was a way of expressing gratitude for French aid and support for Poland in the first years of its regained independence.