Find out more about the artistic soul of Günter Grass, winner of the Nobel Prize in Literature.

Günter Grass Gallery in Gdańsk is the home of one of the greatest world collections of 141 works of the Nobel Prize winner who died in 2015. Grass – born in 1927 in the Free City of Danzig, all his life would return to his hometown near the Baltic Sea both in his journeys as well as in his literary pieces and works of art. Grass became famous worldwide as a writer due to his Danzig Trilogy. However, not everyone is aware of the fact that the 1999 Winner of the Nobel Prize in Literature obtained thorough academic education in art at universities in Düsseldorf (where he studied i.a. alongside Joseph Beuys) and in Berlin (where he later became a chancellor).

In cooperation with Gdańsk City Gallery, Pan Tadeusz Museum is presenting the exhibition prepared on the occasion of the Artist’s 90th birthday anniversary. The curator Marta Wróblewska has selected graphics and sculptures by Günter Grass which prove that artistic works of Grass are inseparable from his writing. His graphics, drawings and sculptures are in no way simply illustrations of literature. They are rather a kind of a supplement of the content, a visualisation of motifs, metaphors and notions that Grass would describe in detail in his books. The portrayed characters, animals, objects and landscapes are often not what they seem to be at first glance. At the same time, they constitute a certain closed set defining Grass’s microcosm of notions and ideas. These are signs that encrypt the message of the author who was actively and visibly involved in issues of the world, numerous communities and their small motherlands. Allowing his voice to speak and making a picture out of this repertory of symbols, Grass polyphonically discusses both small and universal issues that have an impact on both great nations as well as on single individuals.

Gdańsk Collection on the Road exhibition has been presented in the Adam Mickiewicz Museum of Literature in Warsaw, the Sleńdzińscy Gallery in Białystok, the Romanticism Museum in Opinogóra. After it is shown in Wrocław, it will be moved to the Nuremberg House in Cracow where it will accompany the Conrad Festival (October 24th – December 17th, 2017). The exhibition is accompanied by a catalogue of all Author’s works that are included in the collection. 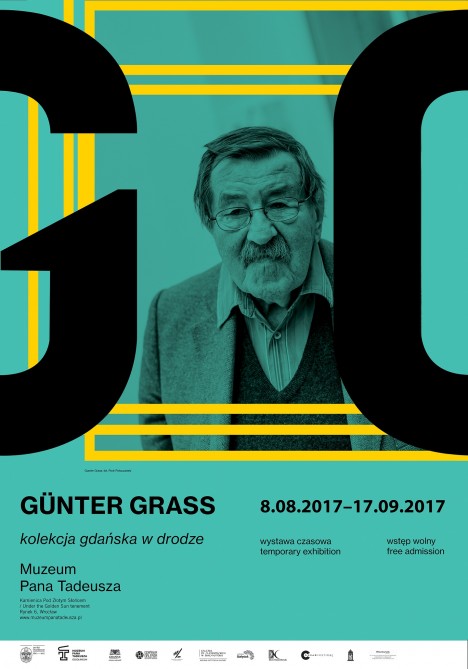