Muzeum Pana Tadeusza  »  The History of the Future

The History of the Future
12. International short stories

The History of the Future is a visual arts exhibition inspired by a long-lost science-fiction text, of the same title, written by Adam Mickiewicz. There appear to have been a few versions of this narrative of impending futures, though none of the details can be confirmed for certain. Some of the manuscripts were lost, others destroyed by the author himself. All we know today is what survives of a few fragments and from stories told by others.

One of Mickiewicz’s sci-fi texts reputedly described the beginning of the 21st century – skies filled with squadrons of winged balloons, cities racing along on rails, acoustic tools allowing concerts being played in far-off towns to be listened to in country homes. However, the comforts provided by new inventions end up turning men lazy. When European civilisation is threatened, it is women and a handful of young people who stand and fight in its defence.

In another version, a poor student is given a newspaper from the future by a fortune teller, in which he finds a report covering an event celebrating heroic deeds performed during 19th century battles, deeds he himself took part in as a Veteran of Freedom. 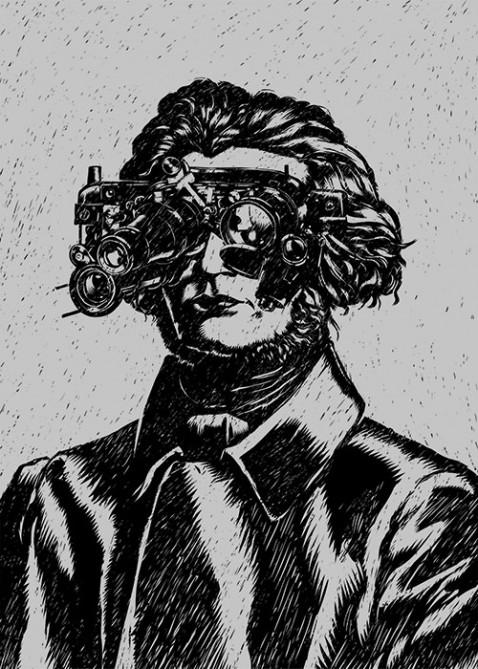 All the different versions of The History of the Future share a sense of irony and dark humour, concealed beneath a historiographic, descriptive style, expressing the author’s love for the idea of freedoms found not only in politics, but sometimes lost through excessive dependency on technological progress.

Mickiewicz’s descriptions of a future which, from our current perspective, has already passed have been interpreted and translated into visual languages by artists invited to take part in the project: Jagoda Charkiewicz, Paweł Jarodzki, Ignacy Czwartos, Katarzyna Walentynowicz, Fabien Lédé, Krzysztof Gawron, Patryk Mogilnicki and others… thanks to their efforts, everything becomes even more hazy and mysterious.