The new exhibition at the Ossolińska Gallery in the Pan Tadeusz Museum tells the story about the extraordinary „Żegota” organisation, helping Jews during the Holocaust.

The title of the exihibition, The world is looking at this crime and remains silent, is a quote from Protest – a leaflet distrubuted in 1942 on the walls of Warsaw. Its author, Zofia Kossak-Szczucka, a Catholic writer, urged fellow Polish Catholics, regardless of their political affiliation and previous attitudes towards Jews, to help the murdered nation.

Zofia Kossak-Szczucka and Wanda Krahelska-Filipowicz from the Polish Socialist Party founded the Konrad Żegota Temporary Social Committee To Aid Jews, which developed in December 1942 into „Żegota” – Council To Aid Jews. Members of the organization provided food and medicine to Jews in ghettos, collected money, organized escaped, forged documents. It was dangerous – according to the German occupation law in Poland, providing aid to Jews was punished with death. Despite arrests and repressions, the organisation remained actived until the end of the war.

One of „Żegota”’s activists was Władysław Bartoszewski, who researched and wrote about the organisation’s activity after the war. As a part of his gift for Ossolineum, he donated Judaica – items and memorabilia related to the history of Jews, correspondence with people saved by Poles during the Holocaust, and the priceless archive of the „Felicja” unit. Documents related to „Żegota” are a treasure unique in global scale. The history of the organisation is partly described at the Mission:Poland permanent exhibition, while the new board exhibition provides a chance to learn more about „Żegota”. 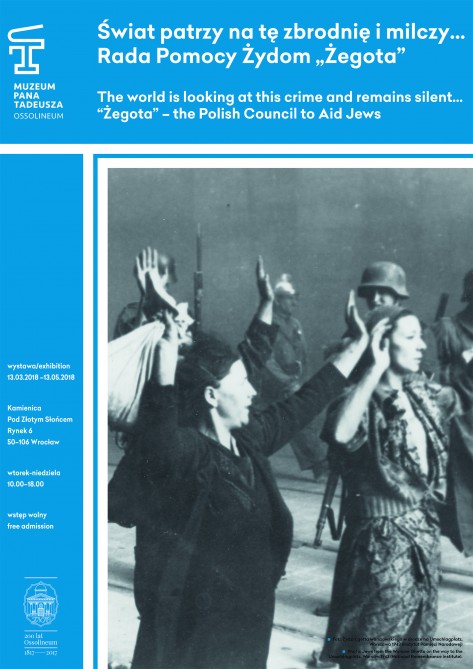