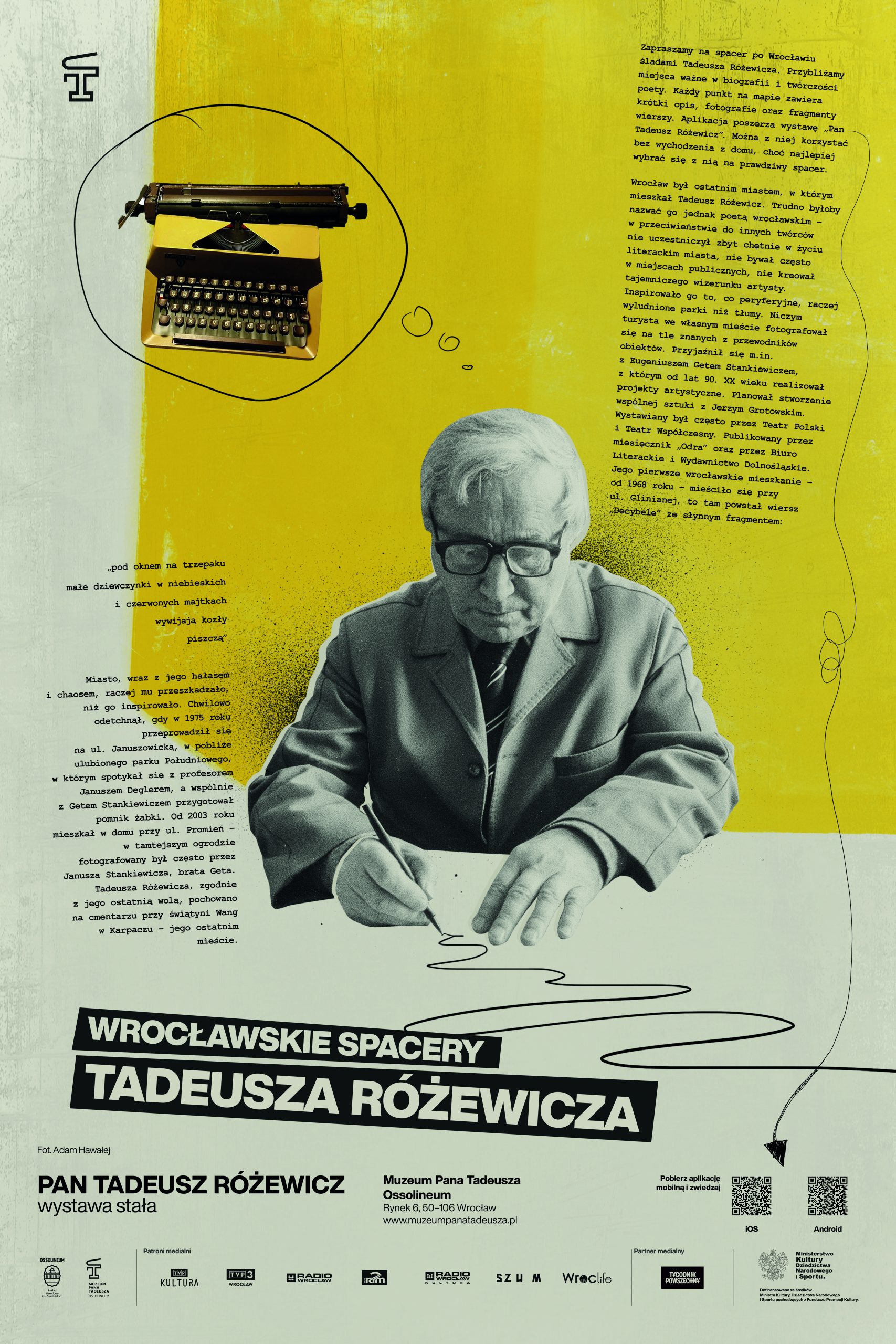 We will show you places important in the poet’s life and work. Each point on the map features a short description, photographs depicting Tadeusz Różewicz and fragments of his poems. The app is an extension of the permanent exhibition of the Pan Tadeusz Museum entitled: “Pan Tadeusz Różewicz”. You can use it without leaving the house, although it is best to take a real walk with it.

Wrocław was the last city where Tadeusz Różewicz lived. However, you could not really call him a Wrocław poet - in contrast to other artists, he did not eagerly participate in the literary life of the city, he did not frequent public places and did not create the mysterious image of a poet. He was inspired by what was on the outskirts of the city, deserted parks rather than crowds. Like a tourist in his own city, he took photos of himself against the background of famous tourist sites. He was friends with, among others, Eugeniusz Get Stankiewicz, with whom he carried out art projects since the 1990s. He planned to stage a joint play with Jerzy Grotowski. His works were frequently staged by Teatr Polski and Teatr Współczesny and published by the “Odra” monthly magazine and by Biuro Literackie and Wydawnictwo Dolnośląskie publishing houses. His first apartment in Wrocław - from 1968 - was situated in Gliniana Street.

The city, with its noise and chaos, disturbed him rather than inspired him. He enjoyed temporary relief when, in 1975, he moved to Januszowicka Street near his favourite South Park, where he would meet with Professor Janusz Degler and where he worked on a frog statue with Get Stankiewicz. From 2003, he lived in a house in Promień Street - in the local garden he was often photographed by Janusz Stankiewicz, Get's brother. In accordance with his last will, Tadeusz Różewicz was buried in the cemetery by the Wang temple in Karpacz, his last town.

In the app you will find

Take a walk with the app!

Our app is available in Polish, English, German and Ukrainian.