The project consists of three open calls for debuting playwrights which will allow us to gather submissions from Polish, Czech and Slovak artists. The theme of the competition will be "The Space of Freedom". Three texts will be selected by a jury in each country as nominees, and one winner. Three winning texts (Polish, Czech and Slovak) will be presented as text-in-hand readings, recorded and translated to the other two languages (plus English), then published on the website to be watched by the audience. There will also be accompanying discussions. The project will be produced in 2022 and 2023.

The Ossoliński National Institute and the Pan Tadeusz Museum together with partner institutions Stranou (Czech Republic) and TICHO a spol. (Slovakia) invite debuting playwrights to take part in a competition under the theme “The Space of Freedom”.

“Young Visegrad Theatre: the Space of Freedom” project at the Pan Tadeusz Museum consists of three open calls for debuting playwrights, which will allow us to gather submissions from Polish, Czech and Slovak artists. The jury in each country will select one winner. Three winning texts (Polish, Czech and Slovak) will be presented as text-in-hand readings, recorded and translated to the other two languages (plus English), then published on the website to be watched by the audience. The readings will be accompanied by discussions with the artists. In autumn 2023, the final of the competition will take place in Wrocław, with a live reading of the Polish text and recordings of readings of the winning texts from the Czech Republic and Slovakia.

In addition to the staging of the text in the form of a text-in-hand reading, there is a cash prize of one thousand Euro. Moreover, the winning Polish drama will be published in “Notatnik Teatralny” magazine and the author will receive an additional honorarium for printing and publication. The winner will also be invited to the final taking place in autumn 2023.

The best text from each country will be selected by a special jury composed of prominent representatives of each country’s playwriting community. The Polish jurors will be Weronika Murek, Artur Pałyga and Marzena Sadocha. The Czech section of the competition will be judged by Lenka Kuhar Daňhelová, Josef Mlejnek and Lucie Trmíková, and the Slovak section by Peter Galdík, Renata Jurčová and Matej Moško.

The project is co-financed by the Czech, Hungarian, Polish and Slovakian governments under the International Visegrad Fund Grants. The fund’s mission is to promote ideas for sustainable regional cooperation in Central Europe. 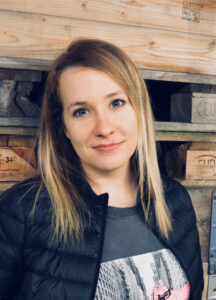 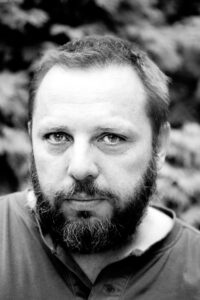 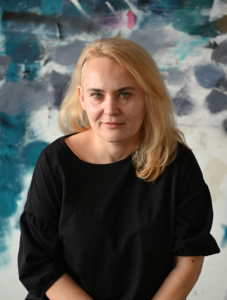 Weronika Murek –  prose writer, author of short stories and theatrical plays. Author of “Growing Southern Plants the Michurin Method”, for which she was awarded the Witold Gombrowicz Literary Prize in 2016. In 2015, she received the Gdynia Literary Award for her play “Feinweinblein” and four years later published a collection of plays under the same title. Collaborates with, among others, STUDIO teatrgaleria, Teatr Nowy in Warsaw, TR Warszawa, Teatr Powszechny in Warsaw, Juliusz Słowacki Theatre in Kraków, W. Siemaszkowa Theatre in Rzeszów, H. Modrzejewska Theatre in Legnica and Teatr Współczesny in Szczecin.

Artur Pałyga  –  playwright at Stanisław Wyspiański Silesian Theatre in Katowice, author of several dozen plays, almost all of which have been staged in theatres in Poland and around the world. Worked as a journalist, teacher, steel fixer’s helper, wagon cleaner and guitar instructor. Performer. Winner of the grand prix of the R@port Festival in Gdynia, the Competition for the Staging of Polish Contemporary Play and Gdynia Drama Award. Runs the Playwriting Academy at the Silesian Theatre.

Marzena Sadocha – playwright, director, deputy editor-in-chief of Notatnik Teatralny. Former playwright at the Polish Theatre in Wrocław, long-time lecturer at the University of Wrocław and DSW in Wrocław. Her works were part of the “Polish Hospitality” exhibition at the Wrocław Contemporary Museum (2019), “State of Emergency” at the Mieszkanie Gepperta Gallery (2022) and “Sower” at the Zamek Culture Centre (2022). Scholarship holder of the Ministry of Culture and National Heritage, ZAiKS Society of Authors, the Capital City of Warsaw (2020) and the City of Wrocław (2022). 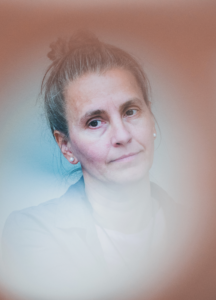 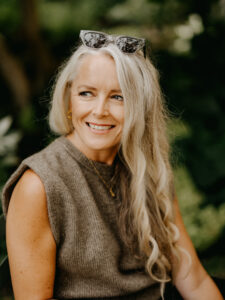 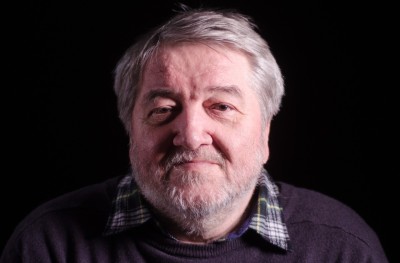 Lenka Kuhar Daňhelová – Czech poet, novelist, journalist, translator and organiser of cultural events, primarily literary. Originally from Krnov. Between 1996 and 1998, she worked as a journalist, including for Radio Free Europe. Translates from Polish, Slovene, Italian, French and Slovak. Author of five volumes of poetry and around thirty translated publications, primarily from Polish and Slovenian. Together with her husband Peter Kuhar, she has been organising the Stranou Festival since 2008.

Josef Mlejnek – Czech poet, essayist, literary and theatre critic, translator of Polish and French literature (Czesław Miłosz, Sławomir Mrożek, Leszek Kołakowski, Alain Besançon, Claude Tresmontant, Elie Wiesel and others). Born in 1946 in Žatec, he studied philosophy and Czech literature at Masaryk University in Brno. Author of several volumes of poetry and books of essays, collaborates with Czech magazines dedicated to literature and drama. Lives and works in Lípa in Vysočina.

Lucie Trmíková – Czech theatre and film artist, born in Kolín, as well as singer and screenwriter, winner of the Alfréd Radok Award for the best theatrical female role. Studied at the acting faculty of AMU. Member of the Divadlo komedie and Divadlo Miriam ensembles. In 2019, she was awarded the Thálie Prize for her role as Anna in the staging of “Private Conversations” (“Soukromé rozhovory”, Jedl Praha theatre company). 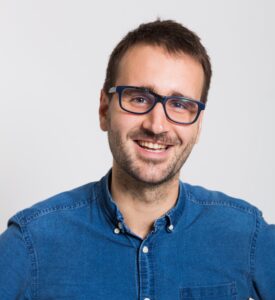 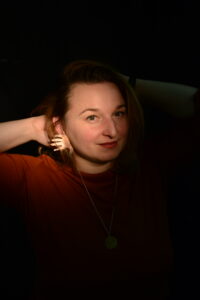 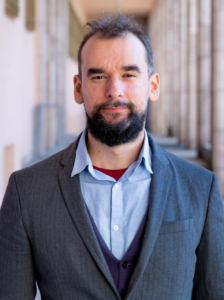 Peter Galdík – graduated from the Theatre Department of the Academy of Fine Arts and Design in Bratislava, specialising in theatre dramaturgy. Since 2017, has been working as an in-house playwright at Bratislava Puppet Theatre. In addition, he collaborates on other theatre and dance projects and prepares translations from Polish. As of September 2021, he is a doctoral student at AU BB, where he is conducting research on contemporary Polish drama.

Renata Jurčová – graduated from the Academy of Fine Arts and Design in Bratislava with a degree in drama. Director, actress and playwright at the Tri bodky na ceste civic association. Works as an artistic recitation specialist at the National Centre for Education Development in Bratislava and as a lecturer presenting workshops on recitation, movement and theatre. Author of “On the Road to” poetry collection and “On the Road to Recitation” book. Collaborates with the Javisko magazine.

Matej Moško – theatre critic, screenwriter, playwright. Studied at the Academy of Fine Arts in Portugal and at the Institute of Theatre and Film Research of the Slovak Academy of Sciences. Currently mainly involved in non-professional theatre as an expert judge at progressive competitions and as programme director of the Scénická žatva festival. Writes television scripts and club entertainment programmes, such as Turban Quiz and Bratislavský Kaviár.

The project is co-financed by the Governments of Czechia, Hungary, Poland and Slovakia through Visegrad Grants from International Visegrad Fund. The mission of the fund is to advance ideas for sustainable regional cooperation in Central Europe.